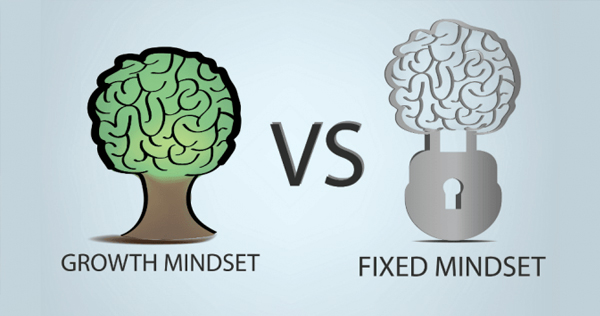 What is the definition for a mindset?

The perception of our mind that controls our attitude and is responsible for determining success or failure is known as mindset.

What is the definition for growth mindset?

To know, the growth mindset mainly depends on the belief that lies in your initial qualities that you may flourish and strive through your right attitude and determination. Basically, this is the initial stage for development. Though every person may vary in a numerous ways- in their primary skills, aptitudes, temperament and interests that are possible to transform and cultivate through positive thinking and learning.

What is the definition for fixed mindset?

A fixed mindset is a belief that people believe in that their qualities or abilities are limited or fixed. These sorts of people are satisfied with their talents and brainpower instead of developing or enhancing them. They even believe in that talent solely leads towards success and absolutely no efforts are required.

Let us understand the difference between growth and fixed mindsets across numerous factors:

In the growth mindset, people actually look for and prosper on the challenges. They even go out of their way to succeed as they look forward to learning and gaining experiences and also enjoy them too.

But in a fixed mindset, people stay away from challenges as they think they aren’t smart enough to face them. They simply give up and their interest is lost when their work gets demanding.

With a growth mindset, you understand that you shouldn’t allow a single outcome define your significant potentials or abilities. You visualize your setback just once and don’t allow it to define your capabilities, aptitude or character always.

The fixed mindset in you will lead your single setback, negative result or evaluation- defines you always. This way you also compromise on your power to assess your basic smartness and capabilities for sure. Hence, you need to prove yourself right each and every time.

People with a growth mindset believe in working hard to succeed which isn’t natural. They even enjoy their hardships no matter what the result is. Folks with growth mindset strongly believe in their own hard work since they believe in delivering their best part, solving the challenges and hitches with great zeal.

Even if the result is not successful they still learn from their mistakes, experiences and their journey which itself is a reward for them. They learn new things, think big, take risks without hesitating and go out of their way and stretch themselves further.

Those with a fixed mindset believe in doing no efforts and think that success must be achieved hassle-free. They think that hard work and great efforts are both risky and scary. According to them, great achievers need no efforts and if they fail, all their hard work is totally wasted.

While we understood both the mindsets- growth and fixed from the above, to succeed in business or in life, it is highly essential to learn new things and practices on a daily basis that motivates you towards a determined victory. It is also extremely necessary to step out of your comfort zone and have a growth mindset rather than a fixed mindset to achieve your goals.